Client
Jewelry design studio jewel-box.com.ua.
Task
Growth of awareness of the jewelry brand and interest in products and to increase traffic to the site from Facebook, Instagram, and Vkontakte.

Full text of the case↓

The client (jewelry design studio) needs to ensure that the target audience reaches outside the page, which will attract visitors, views, and interactions with the content.

As a result of the increase in reach, we predicted growth of the recognition of the workshop and interest in specific products in the form of requests for cost, timing, and receipt of orders, calls to contacts on Facebook and Instagram.

Based on the audit results: 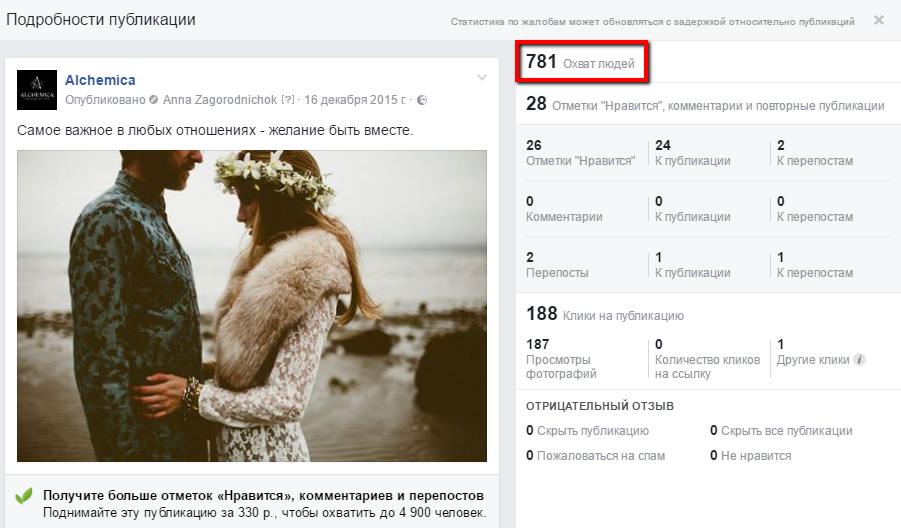 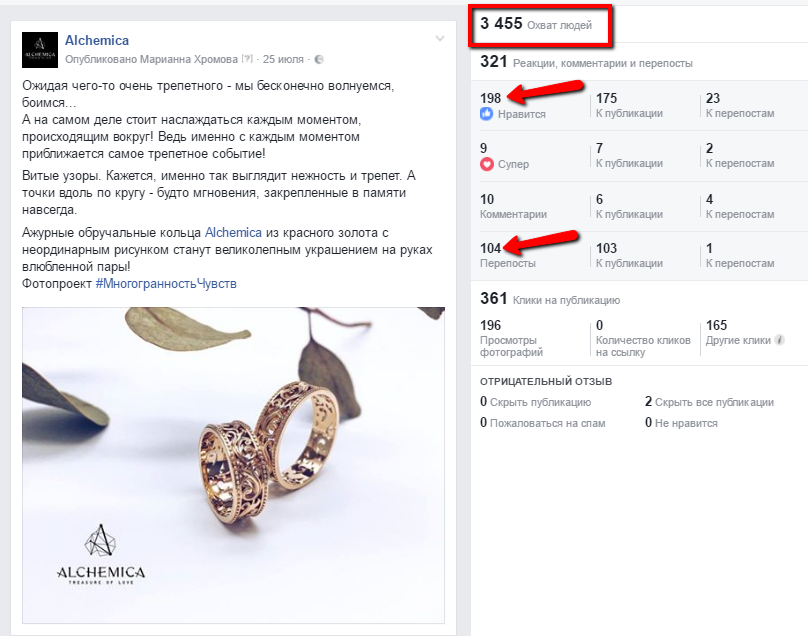 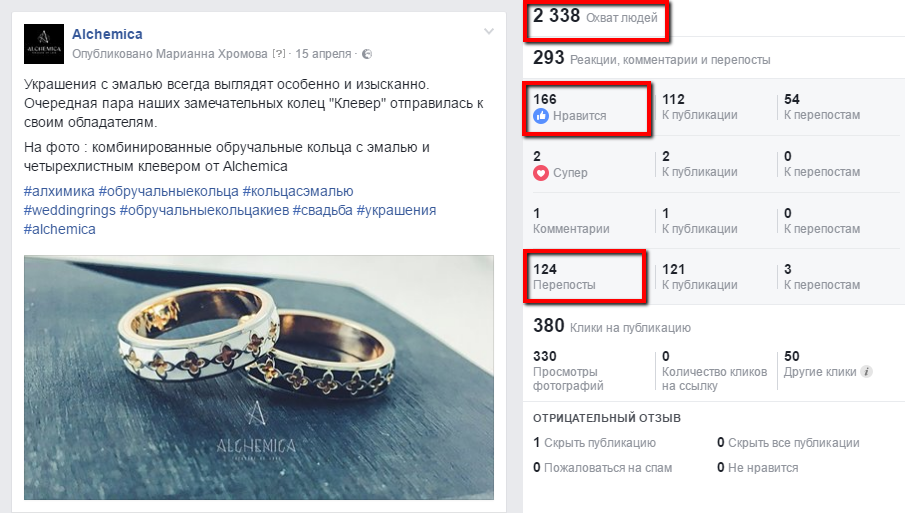 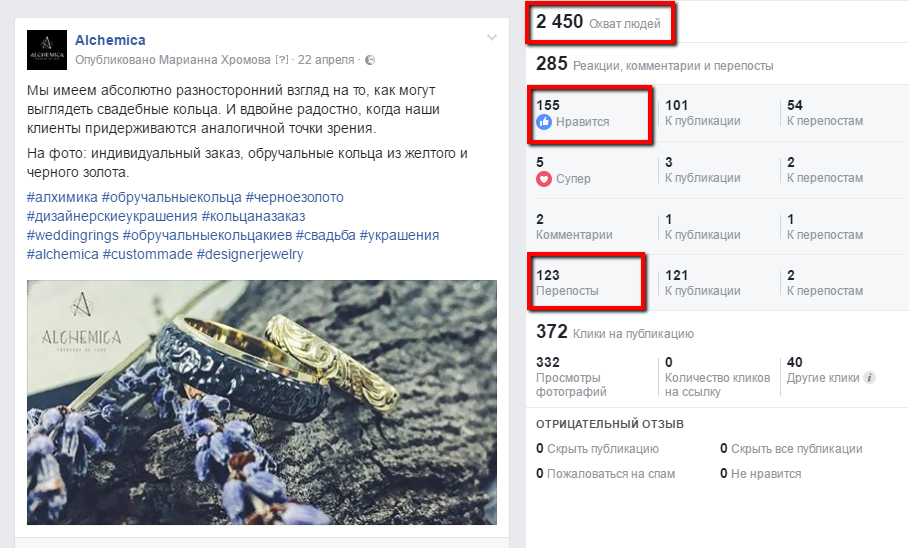 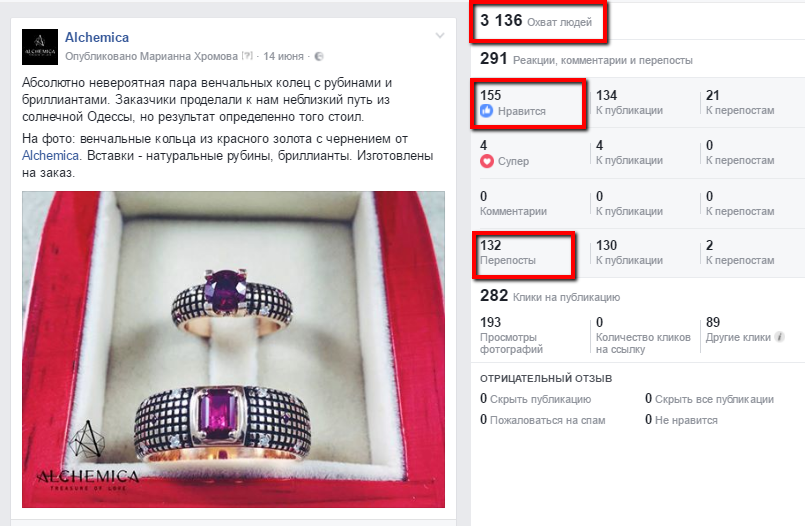 5. We developed a monthly ad campaign plan for Facebook and Instagram. Promotion objectives: evenly ensure the promotion of publications, the Facebook page, and traffic to the site.

6. For the promotion of publications, the strategy of choosing a post with an absolute maximum in terms of organic reach and engagement indicators was used, which made it possible to significantly increase the reach of publications and behavioral characteristics (likes, reposts, and comments).

7. In the promotion of the page, we added active buttons, addresses, and phone numbers of the studio.

8. We launched advertising campaigns with the goal of Clicks to the site.

Ads “Clicks to the site” were optimized both by CPC and CPM, which resulted in the cost of going to the jewel-box.com.ua website not higher than $ 0.06, which, according to Facebook, was the most effective result in this target audience and niche. 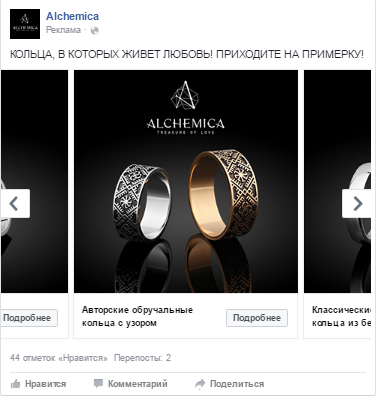 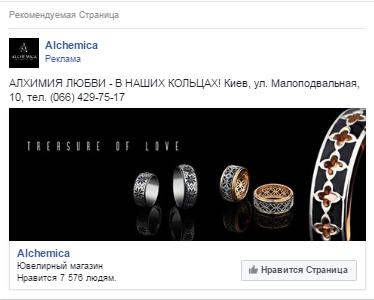 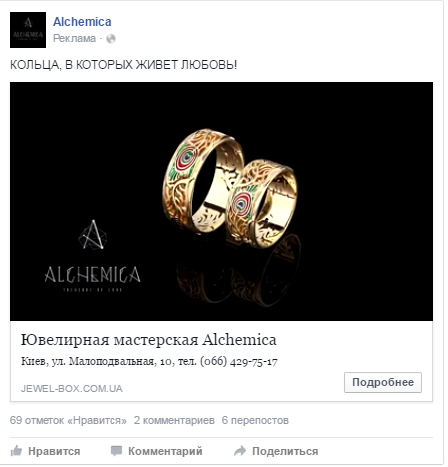 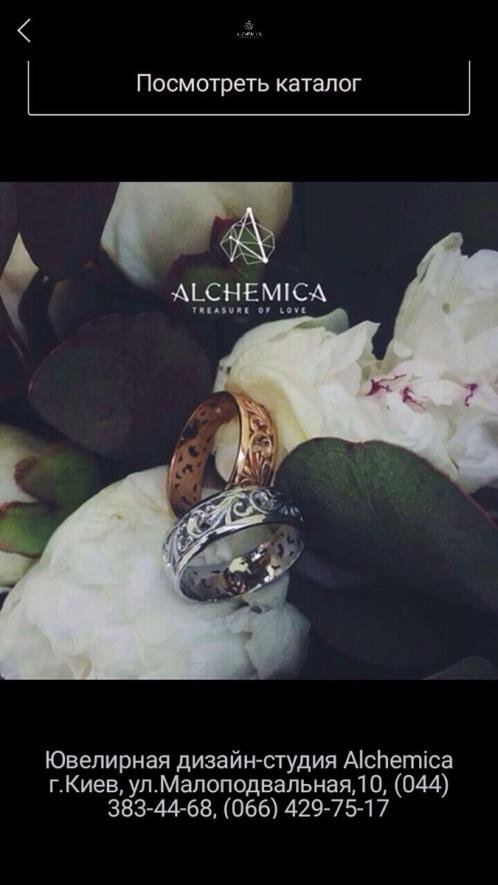 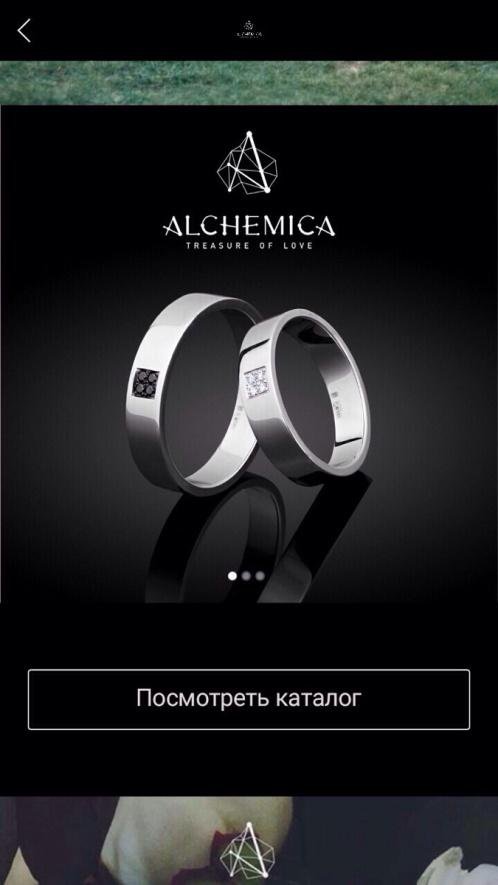 9. The strategy of changing and applying new ad formats applied monthly, the impressions of which separately focused on:

10. A control system for the product catalogue has been developed for the timely change of images in ads. 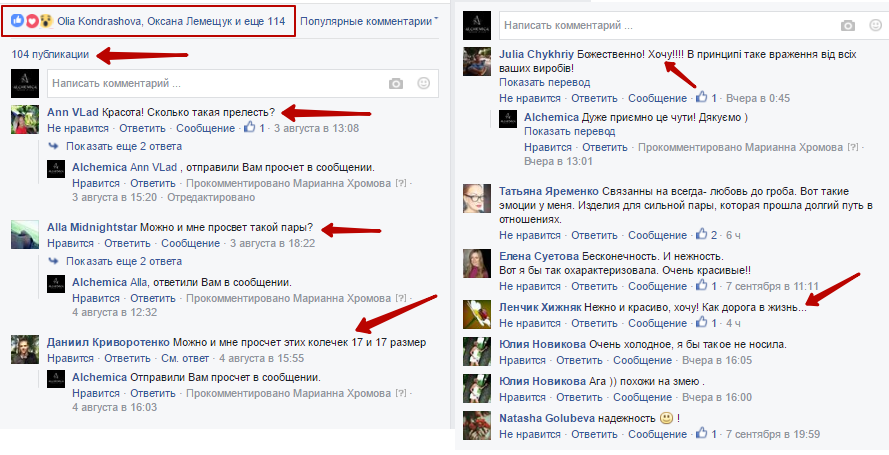 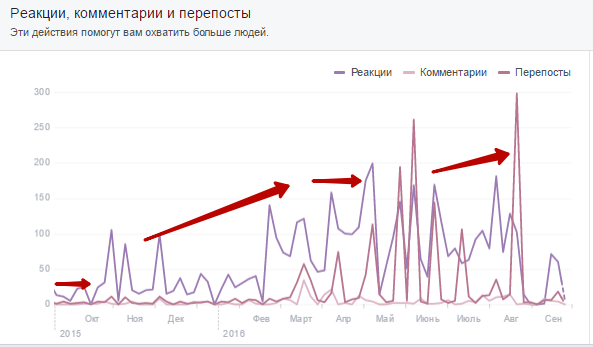 The total number of comments is up to 10/post/day.

3. Reach – the number of users who see the Page content in the news feed:

All Facebook metrics for a business page have been in constant positive dynamics throughout the year. 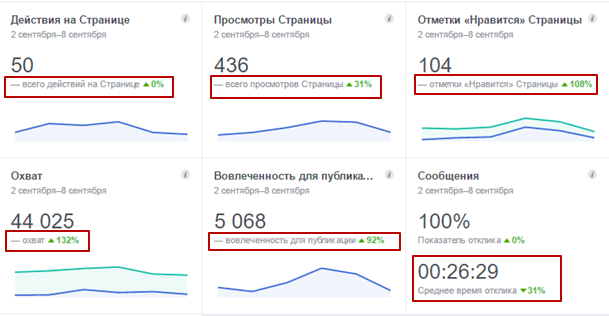 5. Impact of social networks on conversions to targeted actions on the site:

In 12 conversions per month, according to the last action – a direct visit to the site, in the chain preceding it, there are transitions from social networks. 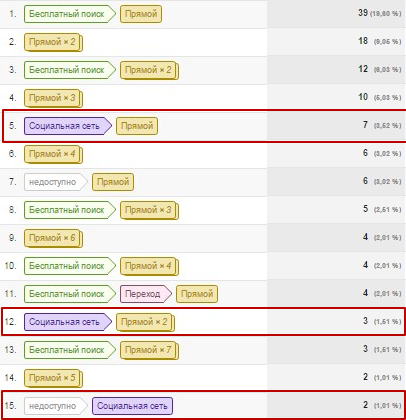 7. The growth of conversions on the site for advertising from the Vkontakte network