2. Competition. High: the first page of Google has 7 ads. 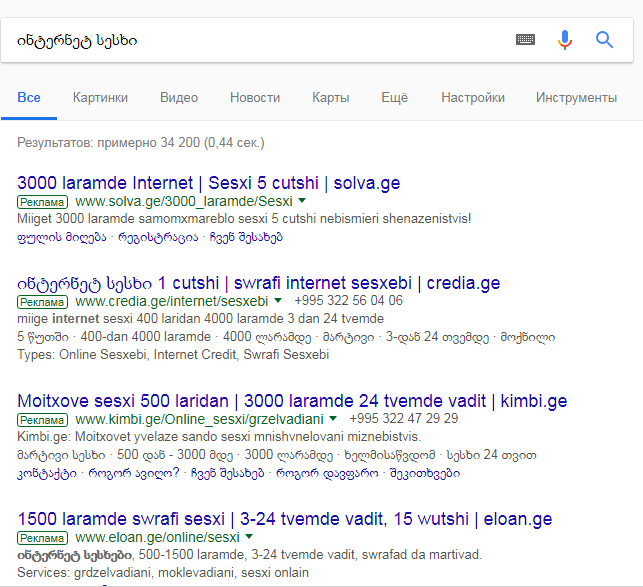 That’s why we have offered the next changes to the client:

What did we offer?

After the analysis of the website, the market, and the competition, we have developed the media plan and Google AdWords promotion strategy.

Here are some circumstances that we’ve faced during the goals completing:
1. Language settings in Google AdWords interface.

The first issue was the fact that you can’t choose the Georgian language in the Google AdWords interface.

Here’s the example of the account’s search terms statistics:

We have decided to work with two interpreters at the same time because we don’t know Georgian. That helped us to decrease the mistake probability because the first interpreter checked the second.
Interpreters and Google AdWords planner helped us to make a keywords list and account structure. 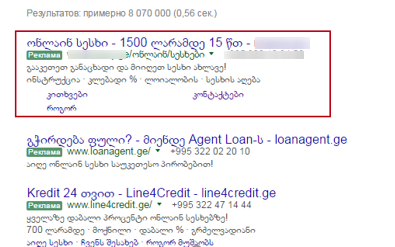 We found out that one Georgian symbol equals two allowed symbols. We had to change the technical task for the interpreters.

The example of symbol count in Google AdWords editor.

4. Customer’s journey through the conversion funnel for the goals settings.

You have to complete the whole user’s journey through the conversion funnel to track the campaign’s efficiency, check and set up the goals. Considering the need to confirm the phone number, we had to find the real Georgian person:)

Some website performance issues used to come out after all the steps in the user’s conversion funnel. We’ve performed some SEO processes and fixed some bugs.

Due to high competition and budget limitations, we should have found how to decrease the CPC, including ways to increase quality and CTR without losing the reach positions.

Graphics and adaptive creatives were declined because of “unsupported language”. That’s why we had to use text advertising or English creatives in Google Display Network.

The State of Georgia regulates this sphere legislatively.

The amendment to Georgian Civil Codex from Jan 15, 2017, fulfilled the Georgian laws with regulations regarding different kinds of credits. It was announced at topsesxi.com

Without going deep into the state’s crediting system, we stopped working on the project.

Despite the early stoppage, we do not consider this experience as a waste of time.

The traffic and conversions growth since the contextual advertising start is obvious.

The main changes in the contextual advertising for the whole period are the following:

We’ve increased the CTR and slightly improved the average position.

We’ve lowered the CPC with the growth of the conversions.

Conversion cost decreased without major changes to the advertising costs.

We are sure that we would have achieved the goals of the project if we had no trouble with new state laws.