The client
A store that sells doors and flooring
The service
Contextual advertising
The task
To boost sales of vinyl flooring and hidden doors in HOLZ chain stores
The result
The traffic increased by 38%, the conversions increased by 64%. The CPA lowered by 29%.

The author of the case study: Dmytro Karpatii, a specialist from the contextual advertising department at the ADINDEX agency. 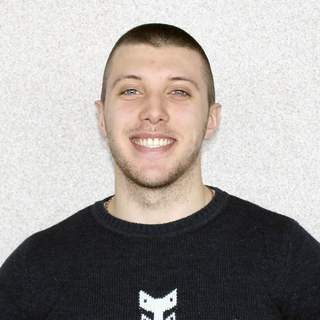 As a result of budget redistribution and numerous experiments with strategies, we managed to: increase traffic by 38% and increase conversions by 64%. Furthermore, the CPA lowered by 29%.

To boost sales of vinyl flooring and hidden doors in HOLZ chain stores.

Our contextual advertising department faced one main goal: lead generation. Our specialists set up eCommerce; however, due to the business specifics, the call-related conversions were the main benchmark for advertising campaign optimization.

We also set up cross-cutting analytics that took the Binotel unload and the data in CRM into account and then fixed this goal in Google Analytics (after a phone number matched).

What Did We Do Right From The Start

Step 1. During the first stage, we focused our advertising campaigns on competitors and traffic by the following categories: entrance doors, interior doors, laminate, parquet. We spent 72% of an overall search budget on these campaigns; the rest 28% of the budget was spent on branded queries for doors and flooring. Later we decided to redistribute the budget in favor of campaigns for doors and flooring brands. We also decided to provide maximal coverage, as the cost of a lead in such campaigns is lower than the one in campaigns for category queries. Table 1 shows how we distributed the budget between search campaigns as a percentage.

Table 2 displays the result we got after deciding to redistribute the budget.

Table 2 also shows that CPA lowered by 29% average compared with the data from 2016.

When we started working with HOLZ, they had only one offline store that was located in Kyiv. Then the company started gradually expanding its network by opening offline stores in Kharkiv, Dnipro, Rivne, and Odesa. It worth noting than the cost per click (CPC) in search engines in Kyiv is, on average, 45% higher compared with other cities. However, it’s also apparent that the conversion coefficient for several categories is higher here than in other cities.

An example of promotional ads on Display Network

Step 3. We launched a product search campaign to increase the number of conversions. This campaign was based on a feed containing an unload of all products. Unfortunately, the campaign didn’t meet our expectations: most of the products contained low search volume keywords, which indicates low demand. Due to that, Google temporarily blocks such keywords, and they don’t initiate ads display.

What Was Done Later

The contextual advertising department faced the task of boosting the sales of vinyl flooring and hidden doors.

First, we redistributed the budget from ineffective campaigns to priority ones. This increased the coverage. We also experimented with bid placing strategies to increase the effectiveness of these campaigns. Table 3 displays, as a percentage, the result that we achieved after redistributing the budget and experimenting with strategies.

Table 3 clearly shows: despite the budget increased by 30%, the number of conversions grew by 64%, while the CPA lowered by 29%. The important thing is that we got the most conversions from Kyiv. This happened due to the higher demand in this city and a high average check of a category.

Contextual advertising helped HOLZ grow their YouTube channel. During the first stages, we promoted each video with the help of TrueView Video Discovery advertising before their release on the channel.

An example of a Video Discovery ad

To ensure that a video gets maximal organic coverage, we had to maximize the number of views during the first 72 hours, and especially in the first 2 hours after upload. Consequently, our advertising strategy focused on providing as many views as possible during the first few days. In this case, YouTube algorithms see a video as the one that would be interesting and useful to the viewers and start adding it to the ‘Suggested’ section and including it at the top of search results. On average, the number of views for one video reached from 2,000 to 5,000.

We also added so-called ‘overlays with a CTA (call-to-action)’ to the videos. Such overlays are an interactive element that displays on top of a TrueView ad and allows driving more viewers to the website. This overlay expands at the beginning of a video and hides after 15 seconds of playback. If a user clicks on this element, they get redirected to our client’s website.

An example of an overlay with a CTA

As a result of redistributing the budget and increasing it by 30%:

The number of conversions increased by 64%.

It worth noticing that the traffic for HOLZ store search queries increased almost 2 times, starting from 2017.

The dynamics of HOLZ search queries for contextual advertising

What Do We Plan For The Future

The main plans for the store promotion are the following:

The latter ones should help lower the cost of conversion and increase the conversion coefficient at the same time. We will focus on secondary plans (like experiments) later, basing on the allocated budget.